We use cookies to improve your online experience. Find out more. The West Coast Regional Inshore Fisheries Group covers inshore waters from Cape Wrath in the north to the national border with England in the Solway Firth.

The Group was established in April 2016 as an amalgamation of the former South West and North West Inshore Fisheries Groups.

The Group has a Management Committee which meets at least twice per year, though it may convene more frequently if required.

The Management Committee is supported by four geographic subcommittees namely, Clyde, Mull & Argyll, Solway and, West Highlands & Skye. Subcommittees may meet as often as four times per year and include locally based members. Subcommittees support the Group by developing aims and objectives as well as undertaking other activities such as projects pertaining to their respective areas.

The geographic subcommittees were selected in recognition of differences in inshore fishing cultures within each area but also to coincide with current and future marine planning partnership areas. These areas are also largely consistent with current Fisheries Local Action Groups (FLAGS) which are responsible for recommending applications for funding under the European Maritime and Fisheries Fund (EMFF).

The Management Committee or Sub Committees may establish working groups to deal with specific issues that require greater input than can be resolved during committee meetings. Working groups will generally be short lived task and finish in nature and the membership will normally be agreed by the Chair in consultation, where appropriate, with committee members. The findings of working groups as well as the outcomes of Subcommittee meetings are ultimately reported to the WCRIFG Committee to ensure scrutiny, transparency and consistency in decision making.

There is no Chair information at this time 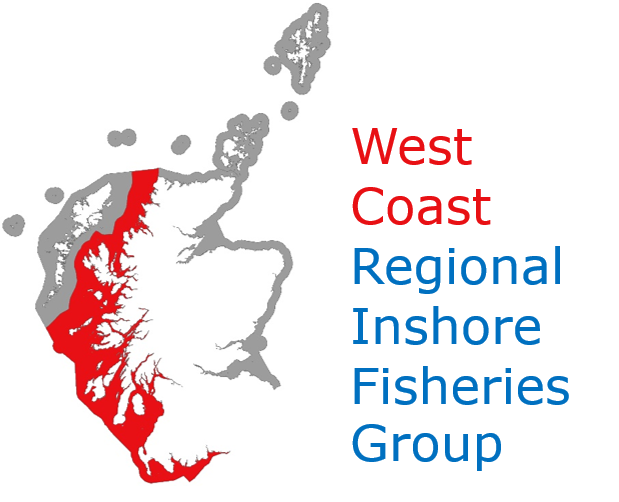 If you catch an American Lobster

The delivery plan supports the delivery of outcomes and policies set out in Scotland&rsquo;s Future Fisheries Strategy and will help stakeholders understand the...

Results&nbsp;updated 3 Feb 2022Measures to protect spawning cod in the Firth of Clyde will continue in 2022 and 2023, with changes to those previously announced...

Feedback&nbsp;updated 8 Aug 2022We askedOn 29 December 2021 the Scottish Government published a consultation seeking views on the range of actions that have bee...

OverviewThis consultation sets out our overview of Remote Electronic Monitoring (REM)&nbsp;and its application across the fishing fleet. The consultation seeks...

OverviewThis consultation seeks the views of stakeholders on Scotland&rsquo;s Future Catching Policy (FCP), which will establish a new approach to managing sea...

Herring in the Firth of Clyde - setting the total allowable...

Results&nbsp;updated 22 Sep 2022Links:Outcome Report - Consultation on setting the total allowable catch for Herring in the Firth of Clyde 2022Published respons...

OverviewWe are seeking views on the proposed&nbsp;river gradings for the 2023 fishing season, which have&nbsp;been calculated from&nbsp;the annual assessment of...

Scotland is well known for our diverse flora and fauna, both on land and in the sea. Some of the most iconic species seen around our coasts are seals. Scotland...

Our science colleagues joined with JNCC recently to conduct a monitoring trip of the West Shetland Shelf Marine Protected Area.

The vast majority of people in Scotland believe offshore wind has a vital role to play in Scotland’s future, according to a recent study.

What it’s like to be a woman in the Scottish fishing industr...

We have published a new independent report, providing insights on the real life experiences, challenges and opportunities of women working in the Scottish fishi...

The Marine Scotland directorate of the Scottish Government currently has two consultations open as part of the 10-year Future Fisheries Management Strategy to d...

What are Invasive Species?

Invasive non-native species (INNS) are plants and animals that have been introduced by humans, either deliberately or accidentally, from an area outside of thei...

A locally-led fisheries management pilot for the Outer Hebrides is reporting positive impacts on fishing businesses and the environment in its first year, a new...

The International Council for the Exploration of the Sea (ICES) has agreed to adopt a new Scottish-designed fishing technology as the new international standard...

The Scottish Government has launched the Blue Carbon International Policy Challenge (BCIPC) today with awards of £10,000 available for up to 5 projects.

Collaboration to build a sustainable future for aquaculture.

Statistics on the employment, production and value of shellfish from Scottish Shellfish Farms.

Projects aim to bring salmon population back from crisis point.

Support for fishing and coastal communities

Investing in the Blue Economy.

Next steps to improve regulation of aquaculture

Changes to licensing and Ministerial task group set up.

Next round of funding announced.

Move to make Scotland a global leader in marine management.

Investing in the food and drink sector

Blog has now been published:

Agreed records on both access and quota exchanges of fish stocks between Norway and the UK in 2022 have been signed, following consultations between both nation...

The trilateral fisheries negotiations between UK, the EU and Norway have concluded with quotas agreed for a number of shared stocks.

Sustainability is key to any future development

Move to bring salmon population back from crisis point.

Range of funding to deliver sustainable communities and protect the environment.

Measures which have been in place for more than 20 years to protect cod during their spawning season in the Firth of Clyde, will continue in 2022 and 2023 with...

A consultation has been launched to gather views on making a Marine Protected Area (MPA) which is protecting the critically endangered flapper skate in the Inne...

Measures to protect spawning cod in the Firth of Clyde for the past 20 years will continue in 2022 and 2023, through the seasonal closure (between 14 February a...

Bilateral agreement on fish stocks reached between EU and UK

UK-EU negotiations have now concluded, with agreement on key shared stocks in the North Sea and West of Scotland sea basins, as well as other coastal waters aro...

Less than one month to go until new export requirements!

Businesses planning to export fishery and aquaculture products for human consumption to the European Union (EU) and Northern Ireland (NI) now have less than a m...

Annual monitoring and sampling with Scotia

Marine Research Vessel (MRV) Scotia’s annual survey monitoring and sampling in the North Sea and the Faroe-Shetland Channel (FSC), has ended just in time for Ch...

Last chance to take part in our fisheries and climate change...

UPDATE: The deadline to complete the survey has been extended to Tuesday 7 December. If you have an interest in Scottish fisheries and haven&#8217;t yet respond...

To coincide with World Fisheries Day we are putting three young fishermen in the spotlight who have each benefitted from a £50,000 grant from the £14 million Ma...

Outcome of the 2021 annual meeting of the North-East Atlanti...

The annual meeting of the North-East Atlantic Fisheries Commission (NEAFC) took place 9-12 November, with parties agreeing a number of proposals which aim to en...

Rural Affairs Secretary Mairi Gougeon announces the Blue Carbon International Policy Challenge, which will provide funding for up to five projects in 2022, at a...

The Scottish Government has published its response to the Scottish Nephrops Working Group report, which it commissioned to help the nephrops (langoustine) secto...

International collaborations to support our seas and oceans.

The West Coast Regional Inshore Fisheries Group (WCRIFG) is one of five regional inshore fisheries groups in Scotland and was established in April 2016 as an am...

Marine Scotland and JNCC have been undertaking the annual MPA monitoring trip in Scottish offshore waters aboard the Marine Research Vessel Scotia.

Collaboration is key for science

Nephrops norvegicus, commonly known as langoustine or Dublin bay prawn, is the second most valuable seafood species landed in Scotland, and was worth over £80 m...

More than £500,000 to study the pressures faced from pollution and climate change.

During Recycle Week (20-26 September) we are revisiting support the Scottish Government has provided to businesses and projects to enhance the protection, value...

Beaches in the north east of Scotland were up to six times cleaner between 2019 and 2020 compared to previous surveys in the area, a new scientific paper has fo...

The Scottish Government through the Scottish Blue Carbon Forum has supported the purchase of a drone for Project Seagrass. The equipment will be used to map Sco...

River temperature is a critical control on Atlantic salmon populations which are adapted to live in relatively cool water.

By absorbing CO2 from the atmosphere the chemistry of the ocean changes and seawater becomes more acidic - this is known as Ocean Acidification.

Recommendations for delivering a profitable, sustainable and fair supply chain for the langoustine (Nephrops) industry have been set out in a new report publish...

A new report has highlighted the significance of saltmarsh in Scotland for trapping and storing carbon, and helping to mitigate the effects of climate change.

The bridge between Fishing and Aquaculture

It is with great sadness we record the passing of Alastair McNeil previous Chair of the WCRIFG.

News from our Scotia crew

Colleagues onboard our marine research vessel (MRV) Scotia are nearing the end of their latest survey trip but have made good progress collecting information on...

Use of new technologies to better understand changes in oxyg...

The Scotland’s Marine Assessment 2020 portal provides a range of information on the health of our seas and how to determine the state of marine ecosystems. One...

A campaign has launched to help raise awareness of American lobster.

Improvements to power supplies at Mallaig Harbour will help to reduce its carbon footprint and bring benefits to the fishing fleet, the chief executive of the a...

The smothering impact of Didemnum vexillum

Didemnum vexillum, commonly known as ‘Carpet Sea-Squirt’,  is an invasive non-native marine organism that is now known to be established in the UK.

Funding the ambitions of young fishers

New entrants to fishing will be able to apply for funding towards the purchase of a second hand fishing vessel.

Guidance for anglers during Coronavirus

Continuing progress to reduce the spread of the coronavirus in Scotland, coupled with the roll-out of the vaccine programme and other measures, means that there...

The Sea Angling Diary Project which is funded by the Scottish Government, UK Government and devolved governments of Wales and Northern Ireland, is encouraging 2...

The future of Scotland’s fisheries

A survey has been launched by Marine Scotland, to understand the impact of the barrier to trade in exporting Live Bivalve Molluscs (LBM’s) to the European Union...

Scotland will use its share of additional fishing opportunities to deliver quota to active fishers, expand opportunities for the inshore fleet and help reduce b...

Sea lice reporting to be mandatory

Investments and jobs in seafood sectors, the marine environment and coastal communities will be supported through a new marine fund.

Aquaculture health and welfare during Coronavirus

A new science publication has found no evidence of Coronavirus (COVID-19) impacting salmon welfare in Scotland.

We are currently seeking applications for an Benthic ecologist within Marine Scotland based in Aberdeen. This is a permanent and pensionable appointment and new...

We are currently seeking applications for an Marine Mammal Scientist within Marine Scotland Science based in Aberdeen. This is a permanent and pensionable appoi...

‘Don’t struggle in silence’ is the message from the chief executive of a charity that has seen an influx in calls and requests from fishers impacted by Coronavi...

The trilateral fisheries negotiations between UK, the EU and Norway have concluded with quotas agreed for a number of shared stocks.

Surveys using local information from fishers have been used to better understand marine life in and around Scotland’s network of Marine Protected Areas.

Extra support for ports and harbours

Scotland&rsquo;s Marine Assessment 2020 (SMA2020) is a portal which reports on the vision for the seas

Brexit and Our Fisheries. How it Will Affect You

How will Brexit affect you and our industry?

The first Aquaculture Work Group Meeting took place in Glasgow on the 14 May. The group agreed the format of the Aquaculture Position Statement&nbsp;